SPAC
WeWork is finally going public. A lot has changed

WeWork is finally going public. A lot has changed on 21st Oct 2021 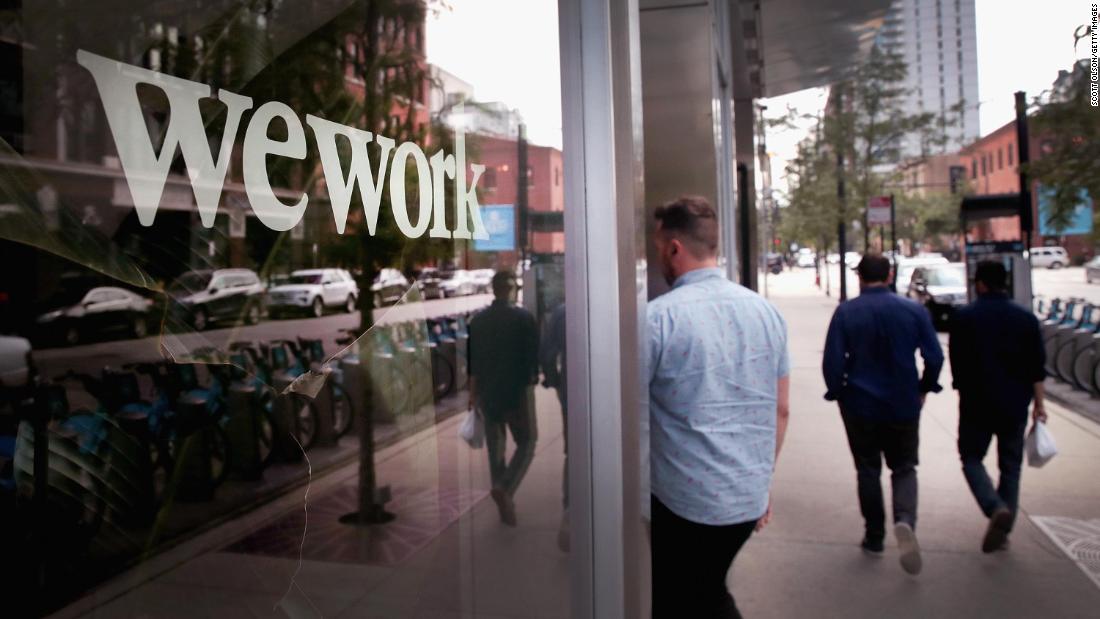 A version of this story first appeared in CNN Business’ Before the Bell newsletter. Not a subscriber? You can sign up right here. You can listen to an audio version of the newsletter by clicking the same link.

“What happened to WeWork is not just a failure of this particular set of individuals,” wrote Shira Ovide, a New York Times columnist who was at Bloomberg at the time. “It’s a consequence of the last decade of easy money that has made investors throw money at assets promising to grow fast. It has been peak silly times, and they won’t last forever.”

Now, after a tumultuous two years that’s included changes to the company’s top leadership and a historic pandemic, WeWork is ready to try again.

What’s happening: Shares in the flexible office space provider are set to start trading on the New York Stock Exchange Thursday under the ticker “WE.”

Then: Initially, WeWork pursued a traditional IPO. Bankers were expected to assign the company an eye-popping valuation. At its peak, private investors believed WeWork was worth $47 billion.

Then: When WeWork released its IPO prospectus in 2019, questions quickly emerged about how quickly it was burning cash. The company shared that while it was rapidly growing its business, it had lost a staggering $1.9 billion in 2018 and $904 million in the first six months of 2019.

WeWork’s corporate governance also came under the microscope after it was revealed that co-founder and then-CEO Adam Neumann had amassed huge voting power, giving him extensive control over the company’s direction.

Now: Under Sandeep Mathrani, the real estate veteran who took over as CEO in early 2020, WeWork has cut costs and overhauled its portfolio of leases.

Yet the company is still losing money. Following the SPAC deal, which will raise $1.3 billion, Neumann will have voting power of about 11%.

Columbia Business School professor Len Sherman said that taking the SPAC route allows WeWork to avoid the scrutiny it drew in the past.

“The advantage of a SPAC offering is it allows WeWork the ability to make bullish forward-looking growth projections that would not be allowed under traditional IPO regulatory rules,” he told me.

Now: The pandemic has dramatically changed the office space market as more people work from home.

It’s not all bad news for WeWork, though. Ismail thinks companies want more flexible office agreements as workers trickle back, and will favor signing one- or two-year contracts with a firm like WeWork instead of locking in longer leases that span eight to 10 years.

He predicts that the flexible office market, which currently accounts for just 2% of total office inventory in the United States, could reach 10% by the end of the decade.

That said: Shares of IWG, which Ismail said is WeWork’s main publicly-traded competitor, are down 13% this year as uncertainties linger.

One more thing: Neumann is infamous now (he’ll be played by actor Jared Leto in an upcoming Apple TV+ series). But that’s not stopping him from celebrating WeWork’s delayed debut. The Financial Times reports that Neumann will host a party in New York on Thursday with early employees at the Standard Hotel.

The latest: The company reported another record quarter after US markets closed on Wednesday. Between July and September, it earned $1.6 billion in profit, a 389% increase over the same period last year.

Revenues rose 57% compared to 2020, even as the company earned less from selling regulatory credits to other carmakers, which use them to meet environmental standards and avoid large fines.

Analysts have warned that Tesla needs to become less reliant on that line of business, which is lucrative but expected to decline as competitors ramp up production of electric vehicles.

Still tough: The company warned that it’s experiencing difficulties obtaining computer chips and other materials, even if it was able to overcome those issues in the third quarter.

Tesla previously disclosed record sales in the period, up 20% compared to the previous three months and 73% from the year earlier.

“Due to part shortages and logistics variability, we have not been able to run our factories at full capacity,” Chief Financial Officer Zachary Kirkhorn told analysts. “It’s important to note that while we have roughly doubled deliveries year-to-date, this has been exceptionally difficult to achieve.”

Kirkhorn said customers are waiting longer for vehicles and backlogs are growing.

“The only practical way to address this in the immediate term is to do everything we can to build more cars on our existing production lines,” he said.

Investor insight: Shares are down more than 1% in premarket trading.

The deal could be valued at $45 billion, making it the biggest technology deal of the year, Bloomberg reported, citing people with knowledge of the matter. Reuters and the Wall Street Journal have also reported PayPal’s interest, citing sources.

The thinking: PayPal is taking steps to become a “super app” in the vein of Alibaba’s Alipay and Tencent’s WeChat, which are huge in China. Last month, the company unveiled a new “all-in-one” interface featuring a high-yield savings account, a bill management system and new shopping tools that allow customers to earn rewards.

Pinterest has also been rolling out new features to make it easier to shop on its site and is trying to boost its offerings for advertisers.

“The potential deal would be a big swing for [PayPal], but we think [the Pinterest deal] makes sense within the context of [PayPal’s] broader commerce push,” Barclays analyst Ramsey El-Assal told clients.

Pinterest is known as a feel-good corner of the internet. But it doesn’t come without baggage. The company paid $22.5 million last year to settle a gender discrimination lawsuit brought by its former chief operating officer. It did not admit liability as part of the settlement.

Read more on WeWork is finally going public. A lot has changed